As of the beginning of this year every employee is now entitled to pension insurance (after six months on the job), yet many workers – and even some employers – are unaware of the ensuing obligations and rights.
We decided to sort out the matter with the help of Atty. Dorit Tene-Perchik, vice president of strategic development for long-term savings at the new Mivtachim Pension Fund, who had a hand in formulating the mandatory pension agreement at her previous job as chairwoman of the Histadrut’s Department of Pensions, Insurance and the Capital Market.

It used to be that young people regarded pension payments as an archaic salary component that didn’t interest them much. For many it was more important to receive high pay than to worry about a pension that would be paid in another 30-40 years. Lately it seems that attitude has changed somewhat.
Atty. Dorit Tene-Perchik: There definitely has been a change and I believe it can be attributed to the signing of the Mandatory Pension Agreement, which has drawn a lot of attention. The signing of the agreement transformed the job market because Histadrut heads and MKs have been trying to attain it for decades. Still, over the years there have been extensive achievements, i.e. they obtained agreements regarding pension payments for workers in certain industries, such as manufacturing, employment agencies, security guard companies, etc.

Collective agreements apply only to employers who belong to the employers’ association that signs the agreement. In order for the agreement to apply to all of the employers in the industry in which the agreement was signed the Labor Minister is authorized to issue an “expansion order,” which makes the agreement apply to all employers. That’s what happened in industries like manufacturing, personnel and security services.
True, and the same thing happened to the Mandatory Pension Agreement nationally. It was signed between the Histadrut and the employers’ associations, and the Labor Minister extended it to all employers in the country who the beneficiary pension arrangement hadn’t applied to. People heard about it and started checking whether they were entitled to this right, thereby increasing awareness about pensions and their importance. 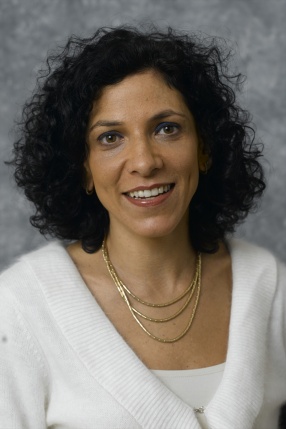 How can a rank-and-file worker check what he’s entitled to?
He doesn’t need to inquire. He is entailed, period. The moment the worker is employed for over six months of work, money has to be set aside for some sort of pension savings. If a specific, beneficiary pension agreement doesn’t apply to him then the Mandatory Pension Agreement does.

Inevitably some employees will forego their pension contributions. They would rather receive the employer’s share as part of their salary, which would also allow them to avoid the part taken from their own pocket.
Therefore it’s important to note that this is not an option. The employee cannot forfeit his right to pension payments.
That’s correct. The worker cannot forego this right, and if the employer collaborates with him by transferring the amount directly to his salary he is violating the law and is liable to by sued for large amounts.
For instance, take an employee who started working for a certain employer in January 2008. After six months, in July 2008, he has to be provided pension insurance. Imagine if, God forbid, in February 2009 the employee is injured and becomes entitled to disability payments. If the employer did not fulfill his duty by setting aside the required amount and putting it in a pension fund, he will have to bear the cost of disability payments for many long years. In effect the employee turns into an insurance company. The court will examine what the worker would have received had the employer set aside money in one of the new, comprehensive pension funds as required by the Mandatory Pension Agreement. For the employer, the financial damage can be enormous.

This situation where the employee is injured and becomes disabled is extreme. A more common scenario is where that same worker, say in January 2010, switches to a different job, meaning he worked for the employer for two years without contributions to a pension fund and no insurance-related event happened to the worker during this period. Still, the previous employer cannot breathe a sigh of relief, right?
Most certainly not. That employer not free of potential problems, even though the employee is no longer working for him.
For example, let’s say after four years, when the worker has already found a new job, that employee becomes disabled due to an illness such as asthma. The current place of work did insure him, but according to the pension fund’s regulations in order to be entitled to disability payments because of a prior illness there must by an eligibility period of five years.
In practice the new employer insured him for four years and therefore the pension fund considers him to be insured for only four years, and according to its regulations the worker has not completed the eligibility period and therefore is not entitled to a disability pension. So the question will be asked, why was the employee only insured from the beginning of 2010 and not from the beginning of 2008 by the previous employer? If he was unemployed or self-employed then there really is nothing to be done about it – he doesn’t meet the conditions stipulated by the minimum eligibility period – but in the case of the worker in question, the prior employer’s violation of the law is what prevented him from accumulating the minimum period that would make him eligible for the disability pension. Therefore the prior employer would have to bear the burden of the resulting damage.
This is not a theoretical situation. There already has been such a ruling, which was unrelated to mandatory pensions of course, but set the same principle.

What did the ruling determine?
A worker at a moving company made a deal with his employer to forego setting aside pension money and to increase his salary. The employee had been entitled to a pension based on a pension agreement that applied to workers in the industry. The employer, who employed the worker for just 3-4 months, agreed to his request. Prior to this the employee had worked for 10 years for his previous employer, who provided him with pension insurance.
Years later the employee passed away and the survivors were not entitled to survivors’ payments because the last employer, who had only employed him for a few months, did not put money into a pension as required. Based on its regulations the pension fund determined that the employee had not completed the required period needed to receive pension payments and refused to pay the claim. The deceased employee’s survivors sued the employer and the court ruled it must pay this monthly expense. The employer’s claim that the failure to pay into the pension fund was done with the employee’s consent didn’t stand up in court. The employee could not forfeit the survivors’ rights.

Since this constitutes a substantial added burden for the employer, the new pension agreement hasn’t been imposed all at once, but gradually.
Of course. Even as employee representatives who signed the agreement we understood that the cost of labor cannot be raised by 12% all at once [today places where pension funds are contributed this is the current rate]. Therefore it was done in phases over the course of five years, at increments of 2.5%.

What is the maximum earning level above which there is no need to put money into pension savings?
The ceiling has been set at the average wage, which fluctuates periodically. Today it’s around NIS 7,700.
[In other words pension insurance according to the Mandatory Pension Agreement covers earnings up to the average income level. Earnings beyond that level do not require contributions.]

Presumably the existing pensions are preferable, certainly for the coming five years. But even in 2013 the other agreements will remain preferable. Typically the amount set aside for pension savings is around 17.5%.
Right, but you have to keep in mind that pension agreements are not set only when it comes to collective agreements. There are also individual agreements that set pension contributions and senior staff insurance. They don’t always have the framework familiar to us from the collective agreements.
Also, I believe that even the Mandatory Pension Agreement will reach 17.5% in 2014, but to reach that level will require signing an increase to the current agreement.

The second part of this conversation will be posted next week