The Benefits of an Economic Crisis or Slowdown / By Shuki Stauber

An economic slowdown is not necessarily negative – there are many positive aspects as well. A slowdown is the situation we’re currently in. Although the word “crisis” is mentioned frequently, it does not necessarily apply to the average man in the street. The crisis took place in the financial markets and it was the reason behind the slowdown affecting all of us. If someone was fired because he worked at an investment company it might be a crisis for him (though not necessarily), but if someone else cuts back his spending on luxury items, that’s not a crisis, but a “slowdown” at most. Adopting the right
approach to a slowdown can allow you to make the best of the situation.


Below are several examples to illustrate possible benefits from a number of perspectives:
Generally speaking, there is no difference between an economic crisis and a slowdown in terms of labor – in both cases a change takes place. This change is liable to harm only people who are doing very well in most areas of their lives. If they experience a change it may be for the worse. But in other cases, which constitute the majority, change can improve people’s current situation.
Nevertheless most people are very worried over change and the risks underlying the unknown and therefore prefer to avoid it. They would rather remain in the present situation, even if they consider it merely “tolerable,” to keep themselves out of danger. Therefore one often finds that unwanted change can lead a person to a new and better path that he may not have chosen of his own volition. Along these lines I recall a book on management published a few years ago titled, “I Got Fired and It Was the Best Thing That Happened to Me.” 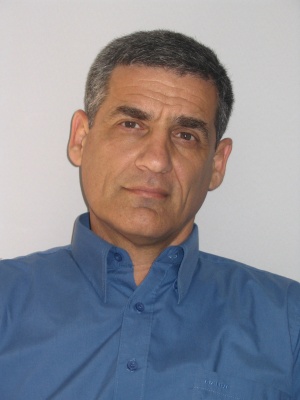 Why is a crisis or slowdown good for employees?
Because it allows them proper perspective. Things have to be not-so-good for you to know how to enjoy what really is good.
So that workers in high demand won’t walk around with a swollen head just because the market is temporarily short of professionals in their field. So they retain a bit of humility, which never hurt anyone. So that if a big fall takes place, G-d forbid, there will be reasonable backing (then it’s not a crisis, but a slowdown).

So that they learn how to run a balanced household budget rather than simply relying on future income which, in their complacency, they assume is guaranteed indefinitely.
So that they learn to experience feelings of solidarity with other workers rather than only knowing and experiencing situations of every-man-for-himself. In times of economic crisis or slowdown, people unite to make coping easier. Sticking together is encouraging. Employees also make mutual concessions in order to survive, such as foregoing a part of their pay or a portion of their hours to reduce the number of layoffs.
So that they can really see who is worth what. As Warren Buffet says, “It’s only when the tide goes out that you find who has been swimming naked.”
Good workers receive more genuine appreciation for their qualities and efforts and those who are not as good will have a real incentive to improve.

Why is a crisis or slowdown good for organizations?
Because it gives you no choice but to streamline and improve, which is always a good thing. Sometimes a successful organization sits back on its laurels, getting fat and set in its ways until along comes an insurmountable disaster. An external crisis that affects the organization as well sends warning signals, forcing it to gird its loins and rectify defects before it’s too late. A sluggish organization that goes “on a diet” on time and knows how to keep it in a proper, balanced way, will recover.
This type of organization learns to put matters back in perspective. Its personnel benefits program will become more balanced and its personnel department won’t be constantly running around in search of ways to please its pampered workers and to stay one step ahead of other employers who might lure them to defect.
In my view organizations like this are sometimes like parents busy with their careers who, instead of making quality time for their children, send them away with expensive presents. It costs more but saves time. During an economic slowdown, when there’s not enough money for pricey toys, an organization might invest more in quality personnel management. The situation forces us to do what was the right thing to do all along, but was not done simply because the available cash caused him to choose an easier path.

An organization in a situation of crisis or slowdown has a golden opportunity to do a genuine assessment of its organizational culture, what’s hiding behind the slogans and proclamations and the level of solidarity among its staff members. For example, how willing are the big “talents” to take a pay cut in order to prevent layoffs? In such situations you can really tell who is working at the company just for the money and who is there because he really cares about his workplace and his colleagues.
It should be noted that if a large enough group of talented workers asks that only its work agreement be carried out or else it will leave the organization, someone here is responsible for a managerial failure.
Organizations in situations of crisis or slowdown cut their managers’ and employees’ salaries. Generally those with higher salaries take the cuts. In many cases it’s progressive and not just in absolute sums (10% of NIS 40,000 is more than 10% of NIS 10,000), but in percentages as well. This reduces salary gaps, which is worthy in and of itself. Much has already been written about the damage caused by excessive salary gaps within the organization.

During a slowdown fewer, if any, employees are recruited, making this a good opportunity to improve and refine recruitment processes. During times of prosperity, because of the sense of urgency – the need to hire employees quickly – recruitment staffs sometimes lack professionalism in their drive to man the job as soon as possible. When this gets repeated over time, it works its way into recruitment operations and undermines professionalism. During a slowdown a recruitment staff that is not required to work quickly and under pressure can improve in leaps and bounds, and it goes without saying that the quality of the recruits can increase substantially. Not just because there are more high-caliber workers available, but also because the recruitment staff operates in a more professional manner. Over the course of time this has an effect on the quality of personnel at the organization.

In situations of crisis or slowdown the organization also benefits from the employees’ desire to prove themselves worthy of staying rather than joining the ranks of the unemployed. This also benefits employees since it allows those who did not knock themselves out, to prove their capabilities not just to the company managers, but to themselves as well.

Why is a crisis or slowdown good for the organization’s customers and for consumers in general?
Because in such situations those who are mediocre disappear from the scene and even the good workers try to improve the products and services they provide. Prices also become more reasonable. Those that fall short are out of the running because the sensible consumer starts to evaluate which purchases are essential and which are unessential. Today’s market, which is based on advertising, is busy convincing the masses of consumers to purchase many products and services they don’t really need. A crisis or recession, if it’s deep enough, reduces this phenomenon significantly.
The need to survive forces sellers and service providers to improve their goods and services. Products must be of higher quality for the consumer on a budget to want to dole out money, and services must be more attractive for the customer to want to make use of them. During times of crisis or slowdown, the customer is given greater respect.
This also affects the company’s general operations. Showing respect to the customer means showing respect for people for who they are. If this creates a different atmosphere that remains, everybody stands to benefit, not just the consumer world.

Not just in the realm of organizations, but in the consumer world, too, illogical gaps are reduced. Prices become more rational. More people can afford quality products and the era of good, relatively inexpensive products returns – products that weren’t getting purchased simply because of their low price. More people eat out at diners, for instance, where the food is always good, but there are times when certain people don’t want to be seen in such places because these restaurants don’t fit their “dining style.”

And what about human resources managers during times of crisis or slowdown?
These times are a real test for this group of managers. Let me cite an example of a CEO who was a guest at the Conference of Human Resources Managers: “During the course of a company’s lifetime, periodically one vice president or another stands out. For instance, during a credit crunch it’s the vice president of finance. During an economic crisis the vice president of human resources becomes dominant.”
This remark has a lot to it because when all is said and done the crisis affects people most of all, and they comprise the organization, they are its essence. A human resources manager has to deal with the anticipated change on a number of critical planes, such as proper management of layoffs, organizational communication, salary cuts and reductions in fringe benefits.
Many human resources managers have never had to function under such conditions. Others don’t have sufficiently strong standing in the company and so they are relegated to the task of carrying out decisions made by management. Even if some of these decisions are mistaken in their view, they lack the power and standing to change them.

A human resources manager who succeeds in adequately coping with a crisis or slowdown (which may involve difficult struggles with anxious managers within the company) emerges from it in a stronger position and his standing in the organization changes accordingly.
Other human resources managers discover that after helping to fire a number of employees, they’re next in line. The organization sees that in its hour of need the manager didn’t come through for them and concludes they are unneeded.

In times of crisis it becomes apparent if human resources manager is just a managerial job title given to the coordinator of recruitment and personnel benefits, or whether he really is a manager, who fights as needed to defend his professional stance.

Based on all of the above – and this is just a partial list of advantages that underlie a crisis or slowdown – we find that if economic crises and slowdowns did not happen, it would almost be necessary to make them happen. Therefore it comes as no surprise that some managers operate according to this understanding. They create artificial, controlled crises in order to achieve some of the positive outcomes surveyed in this article.

For the Hebrew Article