A Career in the Hotel Industry / Shuki Stauber

Founded in 1998, today the Fattal Hotel Chain operates 12 hotels around the country – five in Eilat, four at the Dead Sea and hotels in Tiberius, Be’er Sheva and Haifa.
The chain employs 3,000 workers (mostly in Eilat and the Dead Sea). Most of the employees are young people working for short periods of time, which is typical in the hotel industry. We spoke with Shimon Levy, vice president of human resources at Fattal, about the kind of work available in the hotel industry.

What are the driving principles behind the human resources policy at the Fattal chain?
The human resources policy is based on the chain’s approach to service. This approach dictates that an employee cannot say “no” to a request by a hotel guest. Employees are told it’s always possible to say “yes,” the only question is the price of a positive response in terms of time and/or money. The policy is based on a central need: the young employees – who come to work for a relatively short period of time – must see to it that the guests are satisfied. 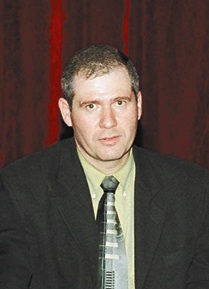 How is this accomplished?
To allow the employees to meet the guests’ requests in real time some power has to be transferred to the workers. They are given the authority to handle customer requests including granting compensation without obtaining prior approval. Otherwise there would be red tape in taking care of the guest by the time the manager approves.

What if the worker gives excessive compensation?
Even in such cases we honor his decision. Of course he has to report the incident to the guest relations and general quality manager, who is entitled to ask the worker to explain his decision if the compensation seems disproportionate.

I’ll give you an example: A guest told a receptionist a maintenance problem in his room had not been taken care to his satisfaction. The receptionist should report the problem to the maintenance manager and the hotel’s service center should insure the repair was carried out to the guest’s satisfaction and can also give him some kind of recompense, such as a basket of fruit or a bottle of wine, or even a dinner for two.

Most of the employees are very young. What are your sources for recruitment?
Most of them are discharged soldiers working at their first job. (At only two of the chain’s hotels, Tiberius and Be’er Sheva, most of the employees are hired on a permanent basis.) Discharged soldiers want to take advantage of the special discharge grant they receive for working in preferred industries such as the hotel industry.

The choice to hire from this segment of the population also stems from the fact the jobs in the hotel industry entail hard, grinding work without high pay. Tasks like room cleaning, waiting tables, security and even reception work are not considered attractive professions and there is a tendency not to stay for long. Therefore a sizable proportion of those who occupy these jobs consider the work temporary.

Discharged soldiers are not the only ones looking for these kinds of jobs. We might also hire a new immigrant as a room cleaner, but once she starts to manage in Israel she, too, will look for something else.

This pattern is not found exclusively in Israel. In other Western countries, as well, hotel workers are typically foreign workers and/or immigrants.

The turnover rate must be very high. How many workers do you recruit per year?
About 3,000. The high turnover rate of the chain’s workers – about 10% per month – creates a need for an ongoing recruitment process through a variety of customary recruiting sources such as newspapers, Internet, job fairs and of course the Bureau for the Guidance of Discharged Soldiers. We also provide incentives through our bring-a-friend program. When a worker brings in a friend who remains employed for six months he receives $100. If a worker recruits more than five friends who are employed for this minimal period he receives an additional bonus of $200. Even if he is no longer working at the chain he still gets his bonus.

Is it hard to convince discharged soldiers to work in the hotel industry?
Today it’s harder than ever to recruit people to work at hotels. The main reason is the significant increase in the number of pubs and bars that have opened in Israel. Young workers, who form our target group, would rather work at a bar near home and maybe earn more because of the tips. And recently, harsh restrictions against employee foreign workers – who worked as dishwashers and floor cleaners – have been introduced. Starting next month they can no longer be employed at hotels. We’ll have to find replacements for them, too.

Here’s another example: In Dimona, the chain worked with the municipality to set up an afternoon childcare center for working mothers. These mothers are transported from their homes to our hotels at the Dead Sea. While they are away from home, from 5:00 pm to 7:00 am the children are at the childcare center. We recruited 50 women through this program.

Is the difficulty in recruiting workers liable to lead to compromise in the quality of the workers you hire?
That would be a blow to our fundamental service strategy. Therefore, despite the pressure, every effort is made to locate and hire only suitable workers.

We’ve outlined a number of important qualities that should be found among prospective recruits. Qualities that point to the prospective employee’s ability to be attentive to the needs and wishes of guests at the hotel. These qualities include dependability (integrity and fairness), high-level interpersonal relations, a highly developed awareness of service (a fondness for people and hosting, a sense of caring, openheartedness), the ability to work under pressure, the ability to communicate at eye level, creativity and the ability to improvise.

How is the screening and hiring process executed?
The screening process is based on two interviews, one with the hotel’s human resources manager. If the candidate passes this interview successfully he is then referred to the manager of the department in which he is slated to be employed. During the first two days on the job the new worker takes part in an orientation workshop, which includes a broad survey of the chain’s approach to service. On the third day at the job he arrives at the department where he is to be employed. In the department he receives professional guidance by an instructor referred to as “a professional trainer.” The instructors are more experienced employees who have undergone special training to provide them teaching skills.

Some of the employees continue to develop and advance. What advancement and career options does the Fattal hotel chain have to offer?
Between 5% and 7% continue developing their career at the chain. The lowest level of management is staff heads. The staff heads are supervised by a middle manager (such as a dining room manager or lobby manager). Up to 30 employees can be under the supervision of a middle manager.

In the hotel industry promotion is relatively quick. A talented worker can reach a post like this after two years at the chain. Higher levels of management include department managers and their assistants.

It used to be that manager training for the hotel industry was done at hotel schools. In recent years there has been a significant change in this area.
That’s right. Until the year 2000 most of the managers were trained at hotel schools like Tadmor, but the first Intifada, which dealt a serious blow to the hotel industry, resulted in an almost complete shutdown of training activity outside the hotels. To this day it has not been renewed. Therefore most management training takes place within the chains.

This situation has also altered the mold for how management jobs are filled. While it used to be that the majority of managers landed managing jobs straight out of hotel school, today most of them come from the ranks of workers employed at the chain.

The ongoing crisis the industry has been experiencing has made it harder to recruit workers. The inevitable desire for hotel industry heads to receive government aid during crisis periods forced them to constantly complain about the situation in the industry – in the media, too.

Therefore, to make the employees feel content and proud to belong to the Fattal hotel network, and to keep morale high, a lot of thought, managing resources and money go into employee activities. These activities are run by the instruction and benefits manager, but the human resources managers at the hotels also take part.

Could you give an example of these activities?
One example is the “Olympics,” which includes a variety of athletic competitions held on the lawns of the Magic Sunrise Hotel near Eilat. Generally the Olympics are held shortly before Pesach when occupancy is not at its peak. Last time 1,800 employees participated in the event. Naturally the rest of the workers continue operating the hotels. But they are not left out, either. They take part in other events, such as the annual employee party. Last year’s party was held at the Club Med Hotel. It was a major event at which notable performers took part. The main goal was to thank people for the special effort made during the second war in Lebanon.

Along with the chain-wide employee activities there are also local activities or the type that by their nature are only suited to certain groups of employees. For example we hold a Hanukah party and a Purim party for the children of employees. Naturally the more long-term workers take part in such activities.

It should also be noted our ties with the employees’ family members is important to us. In the hotel industry long hours are common, and of course there’s a lot of work on Shabbat and holidays. This is at the family’s expense and therefore it’s important to us to say thank you to the families as well.

What does every hotel do at the local level?
Every hotel has 15 departments. Each department has an obligation to hold at least two employee benefit activities per year for its workers. This can be a staff dinner, a night cruise or a jeep trip.

Of course each hotel also organizes other activities on its own initiative, such as birthday presents, breakfasts for the staff members with the hotel director, etc.