Yes - The Job Candidate is a Customer Too / Shuki Stauber

Yes Satellite Television Services was founded in 1998 and began broadcasting in the year 2000. Owned by major communications companies such as Bezeq and Eurocom, Yes entered a market controlled by the cable companies. The market was already saturated and therefore offered only marginal growth potential. Yes had to do aggressive marketing to win over cable company subscribers. And it succeeded in its task. Today, with 550,000 subscribers, Yes commands 37% of the market.
The company's staff of 2,200 employees is comprised of 900 service workers manning the phone centers, 200 salespeople and 300 service technicians.
The rest work in administration, contents, marketing, information systems, engineering, accounting and billing. The average age of Yes employees is 28.
We spoke with Vice President of Human Resources Roni Oren about the eclectic staff and the company's management techniques.

I assume Yes has substantial turnover, primarily because phone service representatives generally keep the job for a period ranging from one to one and a half years.
Roni Oren, Vice President of Human Resources: We have a turnover rate of 700 employees per year. Over 1,000 employees undergo training every year. These training courses last for a month because Yes products are complex, and so are the computer systems used to support them. 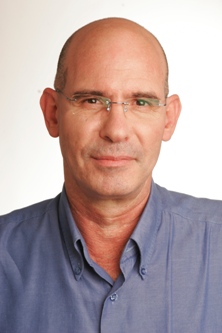 Did the fact that Yes began as a company that was supposed to operate in a market controlled at the time by a monopoly affect its organizational culture?
Definitely. This is one of two factors that affected the formation of the company's character. First, as you said, is the fact that Yes entered a market that had to battle for its spot. The other factor comes across in its initial marketing slogan: "The freedom to choose." This carries a message regarding company values.
Though today Yes is a large company it still acts like David against Goliath, i.e. the cable companies. Just like David, Yes is also an audacious, daring underdog. It makes bold moves and succeeds in striking the giant with a slingshot. It has the genetic makeup of a commando force.

How is this seen on a day-to-day basis?
People are challenged by the difficulty. It affects every worker, whether it be the salesman who wants to sign up new customers or the service representative trying to keep existing customers.
People leave both of the companies all the time, going from one to the other. But at Yes we've always had more people join than leave. And the proof lies in our constant growth. This growth is a result of the workers' efforts. They are the ones in contact with the customers.

When Yes got started there was heavy public criticism of its poor service.
That's correct. The service really was not very good. It's hard to prevent failures when a company of this size is being set up and enters a market that didn't have very high service consciousness to begin with. But our service apparatus became more sophisticated all the time and today in service competitions we have a sizable lead over the cable companies. One of the more noticeable signs of that is the short waiting time for a service representative, which averages 23 seconds.

During the period when there was criticism of the service I assume this affected every employee. They would meet with their friends and hear their candid opinion of the company.
Correct. And there was more to it. Take the structure of the service conversation at the time. When a customer who had been on hold for several minutes finally had the privilege of speaking with a service representative, the first minute of the conversation was a protracted complaint about having to wait so long. Obviously this kind of tongue-lashing has a demoralizing effect on the worker. When a customer waits just 17 seconds the entire script of the conversation changes.

For instance, the turnover rate is lower among workers at the phone center that handles the Russian population. I have no explanation based on checked figures for why this is so, but it appears these workers are less anxious to finish their year of work to save money for their yearlong trip abroad.

What keeps the hard core at the company and pushes out the others?
Success is the main reason for staying. Those who succeed in the art of sales stay with us. Those who are not so successful drop out of the system very quickly. These are mostly door-to-door salesmen, not those who sell by phone. The turning point is after about three months of employment, which is comparable to Basic Training. A sales representative who makes it through this period of employment will invariably stay for a longer period of time and turn into part of the hard core. These three months also include the training period, which lasts for about a month. But the training is not done only in the lecture rooms. The vast majority takes place in the field with the assistance of trainers.

Doesn't this kind of turnover rate point to a flaw in the recruitment process for salespeople? Maybe you don't really know how to identify in advance good salespeople with staying power.
I agree that it's hard to identify successful salespeople in advance. This is not exclusive to Yes. The results of the recruitment can be compared to good service representatives, where the success rate is considerably higher. The lack of success stems from various reasons, such as not connecting to the organizational culture and/or the company's work patterns, to not withstanding the pressure. It's also hard to compare with the situation at other organizations since there are relatively few organizations that employ field representatives offering products to the final customer.

As a rule, door-to-door sales is hard work and therefore few companies enter this field. There are companies that operate like this, but mostly with businesses, e.g. the Golden Pages, which sells advertising to businesses. Very few companies solicit the final customer directly. We don't pass up this sales track because in the long run it yields us significant results.

Recently cellular companies have begun to use this sales technique as well, but it's not the same thing. For example, if a sales representative of a cellular company knocks on the door and manages to convince the family to switch from a given cellular company to the company he represents, he will have sold four phones. On the other hand selling Yes is the sale of a single product, even in the case of a large family. So it's harder to achieve higher sales.

You said the training for a salesman is done with the help of trainers. I imagine the trainers are experienced salesmen. Why would someone like this want to become a trainer? If he doesn't get paid bonuses for successful sales, there will probably be a decrease in his income level.
The switch to working as a trainer is part of the salesman's promotion and it is definitely liable to cause a reduction in income. A salesman's potential income is unlimited. If he excels he can earn more than his managers.

When you speak of turnover it doesn't mean all of the people who leave the job leave the company. Do these figures include internal job mobility as well?
That's right. Even if a service representative moves to another post at the company, from our standpoint this is considered turnover, because it means another service representative has to be hired and trained. Yes has internal mobility – 200 employees per year. They are executed through internal job tenders in which employees submit requests to be hired.

Is mobility primarily in the professional divisions, or is it in the other divisions as well?
Both. Crossing over from one division to another is particularly relevant at Yes because there are a lot of students who work in customer service and sales. After finishing their studies they have a profession and such a worker can move to the Economic Unit, Engineering or Information Systems.

There are managers who don't like it when their workers, especially their best workers, ask to move to another unit. Does the manager know the worker is participating in the tender?
Of course the request goes through the manager. In fact it requires the manager's recommendation. The managers understand that if they stand in the way of a good worker he won't stay good for long, so what do they stand to gain by objecting to his mobility?
When the process is coordinated steps are taken to insure he doesn't harm the work at the post the employee is leaving. For example, recently we set up a recruitment center where all of the personnel came from inside the company. Obviously I had to negotiate with the staff heads over when these people could be released.
But there was no opposition to leaving in and of itself, because in the long run mobility creates a positive atmosphere in the staff. People feel they have opportunities for promotion.

As a company constantly involved in recruiting employees, what is the company's primary recruitment tool?
The online process a job candidate goes through is like this: The candidate sees an ad saying Yes has job openings. Such ads appear as banners on suitable Internet sites, i.e. contents websites like Ynet or job-board sites like Jobnet.
By clicking on the mouse the candidate enters our job-search page. There he sees a variety of fields with jobs available. He enters the field that interests him, let's say being a service representative, and sees a detailed list of job requirements.
If he decides to apply he is asked to fill out a job application. After he completes this task and sends in the information, the system notifies him if the application was successfully received.

Then the screening process begins. How long does it take for him to receive a reply?
Although this is just the initial screening, it checks more than his suitability for the job he chose to apply for. Even if we feel he is not right for the job he indicated but it becomes apparent he might be right for another position, we'll offer him an opportunity to continue with the screening process in another track.
For example, if he wants to be a field sales representative but doesn't have a driver's license we can offer him an opportunity to become a service representative.

What happens with candidates whose candidacy was rejected during the screening process due to constraints unrelated to his suitability for the job? Do you lose them?
Sometimes someone with decent qualifications is rejected because of timing. For instance, a potential service representative starts the screening process and suddenly the process is halted because he gets called up for a long stint of reserve duty. That means he won't be able to take part in the upcoming training program for service representatives. But we don't want to lose him, so when a new course opens the system knows to send him an e-mail message inviting him to join the next course shortly before it begins. Today we are developing an application that allows proactive contact like this for candidates via cell-phone using SMS.

This creates a dynamic system that allows us to forge contact with candidates like we do with customers. You have no other choice in today's employment market. You have to conduct yourself like this with the candidates. Even if their candidacy is rejected you have to do it in a dignified way.