Netwise – The Result of a Successful Merger / By Shuki Stauber

Idit Sela: One of the things that made the merger unique is the fact that it was not followed by any layoffs, not even in the managerial ranks. This is unusual since one of the prominent aspects of mergers is reducing the total number of workers at the amalgamated company in order to achieve efficiency and functional unity. However, we had no layoffs, even at the CEO level. To this day the company is run by the respective managers of the companies that merged, working as co-CEOs.

That means you were spared a significant portion of merger pains.
Very true, and moreover the merger was an opportunity to promote a substantial portion of our people, who received more senior positions, including managerial posts, and became supervisors of new employees, who were recruited almost immediately after the merger.
All this was possible because the two merged companies complemented one another's activity. NIA is involved primarily in creating technological infrastructures for websites, while Adwise specializes in user interfaces, graphics and content.

What is the composition of the company's workers?
The heart of the company is its development body, which comprises about half of the company's employees. Development provides services for project managers working with our customers. Each project manager works with a number of customers. Generally these customers are among the largest organizations in the market, such as government ministries, banks or insurance companies, and therefore there is a lot of activity involved in working with them. Not just setting up their system, but its ongoing development and of course maintenance. The company has 15 project managers working for it.
There are also 12 client managers. Each of them is in charge of all activity vis-à-vis the client. They are seasoned managers from the field of development. Their activity is overseen by the vice president of client managers.
The rest of the company's workers are employed in the framework of a unit that provides professional services to company customers, a unit with a staff of 40. The remainder are administrative employees and employees at company headquarters. 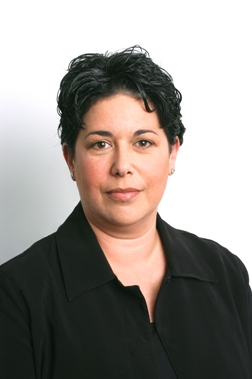 In order to recruit development people do you have to turn to the entire job market, or just development people who specialize in the Internet world?
All of the development people come from the same place, primarily the computer sciences departments at the universities or MAMRAM. Still, within these frameworks there are certain specializations in the field of Internet. There are also suitable specialization and retraining courses. We recruit people without experience and train them here with the goal of having them grow and develop at Netwise. This is one of our strengths as a company that places the worker at the center. Of course there are companies with a different approach that only want to recruit workers with experience.

Which means they have to look for them at their competitors.
That's right. Our people do get calls from headhunters. In part because Netwise is considered an excellent training ground for the Internet market.

And are some of them enticed?
Of course, although it's not a widespread phenomenon because we don't rest on our laurels but constantly invest in creating a challenging and rewarding work environment.
Generally those who leave are the young employees. The longtime employees and the more mature ones tend to stay at the company. They are less interested in the enticements they are offered, which can be dangerous. The type of person who might leave is generally a young employee who worked at our company for a year or two, gained experience and received a tempting offer from a startup. Of course this also depends on market conditions at any given time.

Today the employment market is lively. Does this have an impact on young people's willingness to respond to tempting offers?
Yes. During a period like the past six months there is demand for workers and the pay offered them rises accordingly. We don't ignore the condition of the market, but we won't depart from a sane compensation policy. This situation can of course induce a number of employees to leave.

A new employee without experience is paid a lower salary because his training period is also weighted in the equation. Is this a component in your consideration to recruit employees without experience?
No. Our main consideration in this regard is seeing the relationship with the worker as a long-term relationship. An experienced worker who roams from one company to the next due to tempting salary offers is less suited to our organizational culture.
We hold that giving the employee an opportunity to develop at the company on a regular basis is the central means of retaining him. The company's promotion policy is based on this same outlook. When a post has to be manned first we will look for a suitable candidate within the company.

What is the company's salary policy?
Since we are still a young company the policy is still in the process of being formulated. Nonetheless, as is accepted in today's job market, we assess the salary surveys relevant to our activities. The first principle is that salaries hover around the market average.
Another principle is that we do not have salary meetings, but rather initiated salary talks.

What's the difference?
At a salary meeting the salary is discussed with the employee and then the level is set. In salary talks this isn't discussed. There is a preparation and evaluation stage in which his performances and how well he met goals are assessed. This stage also includes consultation among company managers. The salary level is set in advance and at the salary talk the employee is notified what his salary will be in the coming year, whether or not it increased. Thus the salary is set according to professional parameters and not based on the employee's ability to negotiate.

But then a good worker who does not agree with the salary he has been granted might get up and leave. Isn't that unfortunate?
Obviously when there are cases where the employee expresses dissatisfaction we talk it over with him and try to reach common ground, but that’s an exception. The policy is that the salary is set by management.

It sounds like an assertive employee can get more.
That's true in some ways, but it's only peripheral. In any case, if it appears that the gap in salary between workers you call "assertive" and workers who are less insistent increases, we will raise these workers' salary at our own initiative. That means workers' salary is also set not only by market conditions, but also by the average salary at the company.

At many organizations feedback talks are held once a year. In part to avoid overburdening the evaluating managers. How frequently are they held at Netwise?
Here these talks are known as Personal Progress Talks. They are held every six months and I agree that it's not an easy load on the managers. But a company that places the employee at the center has to be very attentive all the time. Although there are 80 workers at the company who are considered managers, not all of them have people under their charge, so in practice there are about 50. All of the employees are assessed, including board members. In fact every worker is assessed by two managers – his supervisor and his supervisor's supervisor. In the case of board members like me, we are assessed by the co-CEOs. The feedback talk is held with both of the managers.

And if there's a difference of opinion between them?
Even in such a case there's a preparation process. Together the two managers assess the employees' performance and the previous assessments he received and then they draw up the assessment he will receive. The employee also receives all of the material so he can prepare for the talk. He sees everything that's been written about him. None of the sections are off-limits. If the managers did not reach a consensus, which is an unusual situation, then it will be written that there is no agreement on that matter. Everything's out in the open. Reaching a consensus is not sacred. What's important is the talk and hashing things over.

Is an annual raise self-understood?
No. An employee must meet the goals set for him, and even beyond, in order to earn a raise. The salary is also affected by other parameters such as budget considerations, company profitability or recruitment pressure in certain posts.

What are your primary recruitment sources?
Our primary source is the employee referral program. Approximately 70% of employees are recruited this way. A successful recruitment, which means staying at the company for at least six months, earns the employee a breakfast for two. An employee who brings three workers receives an MP3 or a weekend hotel stay. There are cases in which we advertise a "gold position," such as for a programmer with experience. Then the employee who makes the referral will be entitled to receive a television with a 32-inch LCD screen. In such cases the reward can also be a weekend and sometimes even a trip abroad. Another recruitment source is the Internet, which is currently done through Jobnet. Sometimes we also use placement company services as a last resort.

Why are placement companies "a last resort?"
For several reasons. One, there are significant differences between the level of service, and not just among the respective companies, but even among recruitment coordinators. Sometimes a good coordinator gets replaced and then a new coordinator comes in who does not know you and begins flooding the system with resumes, many of which are unsuitable. Then you have to build the whole relationship from scratch, and that takes a lot of time. Besides, it also costs money.

What about want ads in the newspapers?
We stopped advertising on them two years ago. [Before the merger Idit Sela was working as human resources manager at NIA.] They were ineffective from our standpoint. A waste of time and a waste of money.

What is Netwise's employee benefit policy?
Being worker-oriented comes across in a variety of ways. First of all, there's a lot of investment in employee development. A lot of internal training programs are held at the company, which are given over by veteran employees with a lot of experience. Employees are also sent to external professional courses.
Just recently, with a team of consultants, a comprehensive program was formulated for the development of all company managers to the specific level of needs of each manager.
Second, the work environment. Our work hours are flexible and convenient. We don't have a time clock. We trust people to properly report their work hours. Their salary is paid accordingly. The message conveyed is that we believe in our people and the responsibility for meeting goals is theirs.

But I assume you evaluate the connection between work hours invested and productivity.
Of course, it's not wide open. There are supervisory and control apparatuses, but the direct control is in the hands of the employees. We also don't expect people to work late every day. We look at productivity. The standard work hours are 9:00 to 6:00.
Netwise is proud to be a place of work that allows the employee to properly lead his family life, a place of work that respects the employee's private time. That's part of the policy of creating a pleasant work environment that takes all of his needs into account.